In this post, you will read about an experiment that discovered how to electrically modify living organisms. Rewiring bioelectric patterns is also known as bioelectric signaling, and we can almost talk about hacking the bioelectric code.  Yes, it sounds quite sci-fi, but it doesn’t involve quantum forces (yet), so maybe is also easier to understand and appreciate.

In 2017, bioelectricity just got even more interesting with the experiments from Dr. Michael Levin about bioelectric signaling, which currently is an exciting emerging field. Dr. Levin and colleagues have successfully modified the physical structure of an organism with nothing more than precise electric currents and patterns.

In The Human Electromagnetic Field II, it’s mentioned the fact that endogenous electric fields and DC currents are involved in wound healing. Dr. Levin asked himself what would happen if you alter these patterns and currents.

But first, let’s get to know the main character in this story.

The flatworm is an invertebrate, which, just by the looks, well, it doesn’t seem like much. But let’s dig further. If you cut a flatworm in 2 pieces, in a few weeks you will see 2 full-sized flatworms. It’s not only that it doesn’t die, but the two segments survive and develop by themselves. It even happens if you cut it in 4 pieces, you eventually get 4 flatworms. In conclusion: the flatworm is cool.

In this experiment, Dr. Levin cut the flatworm into two segments. Now, the half with the head will develop a tail, this is an essential morphogenetic property of our flatworm.

But, he applied specific electrical currents and patterns in the wound, which amazingly resulted in the growth of a second head instead of a tail! 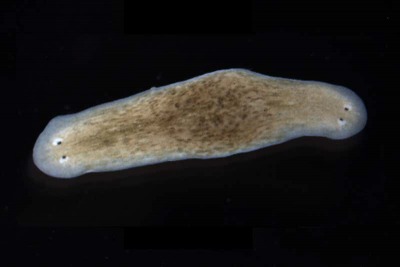 This organism is never supposed to be this way, but somehow it’s functional, and if you cut it again, it keeps this new pattern. You will get 2 two-headed flatworms. The bioelectric memory is also changed, the new bioelectric code will stay until the flatworm dies.

THE OTHER TWO-HEADED FLATWORM

Yes, there is another two-headed flatworm that reached the news, and it’s also part of an experiment, but a very different one, and we don’t know much about the cause.

Back in 2015, NASA published an article in which mentions an experiment where many parties were involved, including Dr. Levin, and even SpaceX. The title of the paragraph is such a huge spoiler, that I will go to the point. Here in Earth they cut the flatworms in half, and then were sent to the ISS. And you know the rest.

But this one has many differences from the previous experiment. Like the following:

Scientists are looking for the ambient key that hacked the code, and this is an incognita so far. But an incognita worth looking for. Even NASA acknowledges that these experiments have the potential to be rather robust in implications for regenerative medicine. 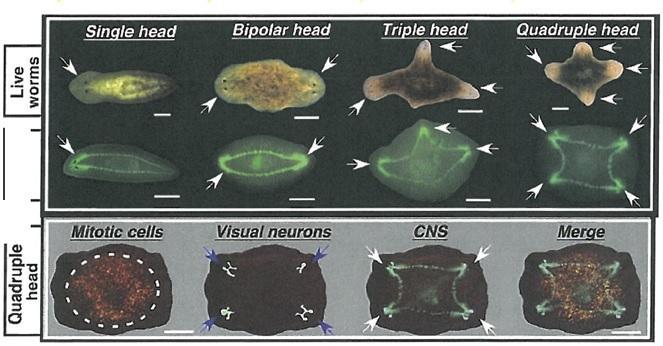 So the first experiment means that you can rewire bioelectric patterns of the flatworm when applying the correct electrical signals to the wound.

The second experiment suggests that it’s important to “feel” the Geomagnetic Field and gravity. The growth of 3 and 4 heads in just one organism, indicates that some type of sensor (top-down, north or south, positive and negative) can’t find any signal, therefore heads grow in all directions.

The main point of this article is that -under the correct circumstances- the real manager of the flatworm is the bioelectric pattern. The rest of systems will follow it: DNA, stem cells, etc. This is why this experiment is so cool. The amazing conclusion here is that the architecture of the flatworm is determined by deep electrical patterns.

The flatworm’s circuitry was altered, and this is what caused the growth of a second head instead of a tail.

Dr. Levin and colleagues can be considered as bioelectric hackers (that would be nice to add on his Linkedin profile). This breaks the usual focus of current Medicine into modifying organisms with pharmacology, surgery, DNA therapy, or stem cells, and gives rise to a brand-new field known as bioelectric signaling.

This is a new scientific field, with promising potential. There are some obvious risks involved though, because we may find two-headed human specimens. But it’s for the sake of science, so it will be OK. If it happens, you will get an article about it, with graphical evidence.