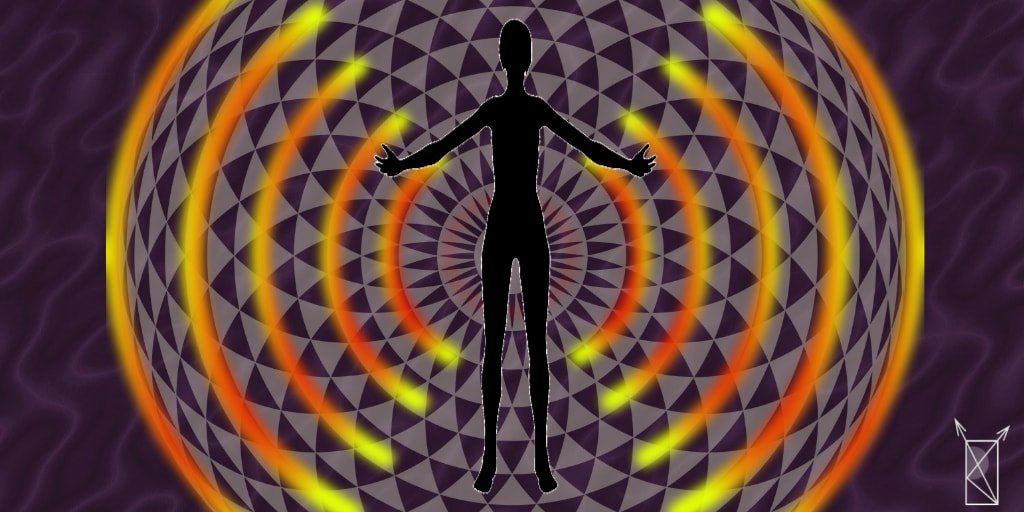 Let's focus now on the macroscopic aspects of the human electromagnetic field. Let's see which organs and parts of the body produce electromagnetism, and if there is any relationship between them.

All biochemical reactions require the transfer of electrical charges. Neurons and muscles function because our body has an electromagnetic-chemical language.

If we are talking about the electric currents that flow through the body, then we should talk about Dr. Robert Becker.

He was a researcher in electromedicine, and his work proves that living organisms display a Direct Current (DC) of electric charge, which is measurable from their body surface.

An article by Dr. Persinger mentions that Robert Becker studied the effect of electric currents applied to human beings. His results show that these electric currents can influence the brain. Dr. Persinger also mentions that Becker and his co-workers have reported the presence of at least an electrostatic field around organisms (another confirmation of the existence of the cellular electric field which we talked about in the previous post).

Further studies also added the fact that endogenous electric fields and DC currents are involved in wound healing, and regulate processes such as embryogenesis (McCaig).

According to Dr. Becker's work, we can affirm two things:

It has already been mentioned that detecting and measuring the electric activity of living beings is quite common since many decades ago, magnetism was lagging due to the lack of technology. But the theory was already established, thanks to the adaptation of Ampère's Law towards living beings. This Law determines that any electric current flowing through a conductor produces a magnetic field around it. In living beings, the electric current is the action potential, and the conductor is the axon of the nerve.

This opens the possibility for several biological structures to carry magnetic fields. If the body is immersed in an eternal flow of little electric currents, then there is a magnetic field along with each one of those currents.

A great example is the Human Connectome Project, whose titanic mission is to analyze a huge database of magnetoencephalographies from volunteers all around the world.

This device was invented in 1964, and it's a very sensitive magnetometer, being capable to measure extremely subtle magnetic fields. Thanks to the SQUID we can detect the magnetic activity of certain organs, such as the brain and the heart. Magnetoencephalograms and magnetocardiograms detect through SQUIDs. 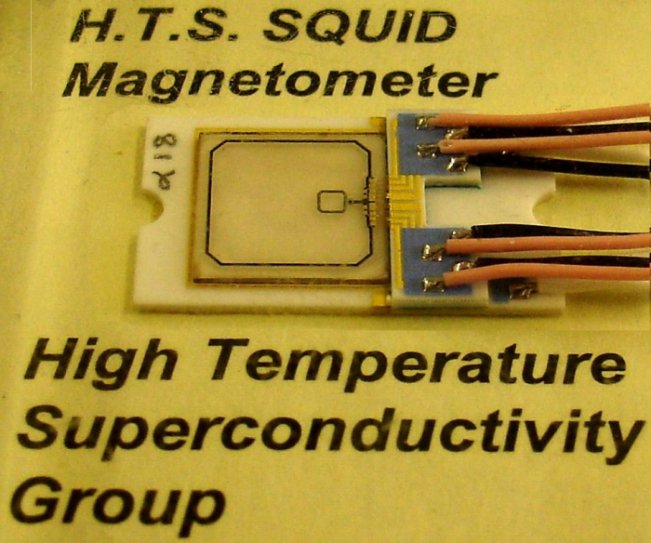 The electric activity of the brain has repetitive patterns (oscillations) that depend on  our behavior and emotions. These oscillations, are known as Brain Waves. These oscillations are located in a specific area of the Electromagnetic Spectrum: the Extremely Low-Frequency area (if you read more posts on this website, you will find that a lot of phenomena meet at this frequency spectrum).

These brain waves are only 5, and they cover frequencies that go from 1 Hz to 150 Hz, They are known as Delta, Theta, Alpha, Beta, and Gamma. 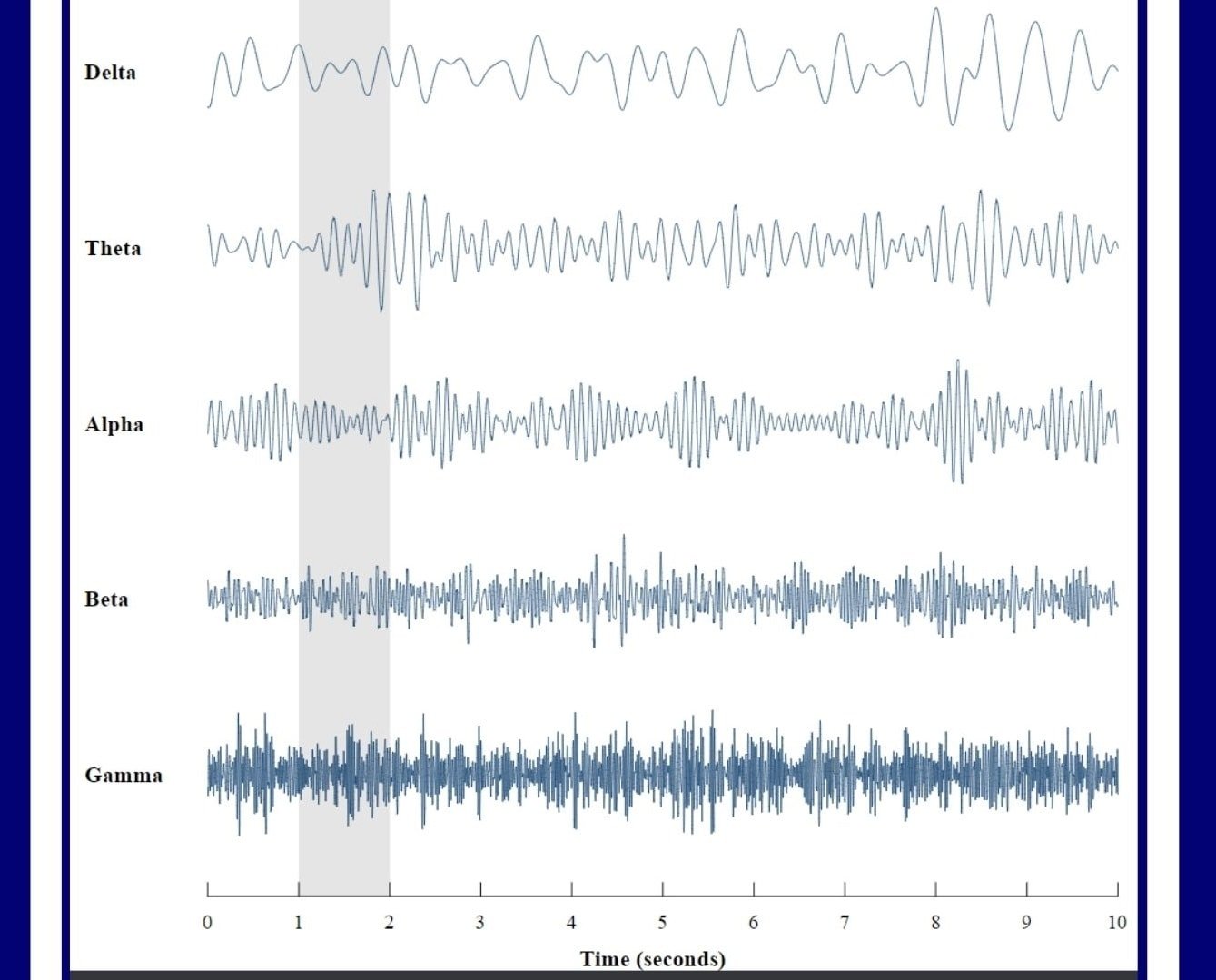 Modern studies are unfolding the properties of the electromagnetic field of the brain. Now we can influence the brain waves by using Transcranial Magnetic Stimulation. This publication from Rosanova, explains how external magnetic fields produce different brain waves depending on the area of the brain that is being stimulated, which opens a wide array of diagnostic and therapeutic possibilities.

The heart is the main organ when speaking of human electromagnetism. The heart creates the most powerful source of electromagnetic energy in the human body. Also, when the heartbeats are more coherent, the electromagnetic field that is radiated outside the body becomes more organized.

‘The heart's electrical field is about 60 times greater in amplitude than the electrical activity generated by the brain.

The magnetic field produced by the heart is more than 100 times greater in strength than the field generated by the brain and can be detected up to 3 feet away from the body, in all directions, using SQUID-based magnetometers.'

When the heart contracts, it rotates and produces torsion, at the same time that a vortex blood flow happens at the left ventricle. In 2005, Burleson and Schwartz considered this and created a cardiac bioinformation hypothesis, that states that the heart functions as a generator of bioinformation that is central to normative functioning of the body, and in which the following elements are part of it:

But the heart isn't only an emitter of information. Several studies have analyzed the sensibility of this organ. The heart is electromagnetically sensitive, and it can sense fields from the body and external sources. The book “The Science of the Heart“, which is an overview of research conducted by the HeartMath Institute, mentions the following:

“The heart is a sensory organ and acts as a sophisticated information encoding and processing center that enables it to learn, remember, and make independent functional decisions”.

In other words, the heart feels. It receives and interprets electromagnetic information, and acts accordingly.

Not too many years ago, the gut was nothing more than a food processor, without any other special properties. Many things have changed since then, and nowadays we call it “the second brain“. The gut acts as a major regulator of motivational and emotional states, and researchers from the Icahn School of Medicine at Mount Sinai discovered this gut-brain neuronal circuitry.

In the article: Gut Branches of the Vagus Nerve Are Essential Components of the Brain’s Reward and Motivation System, they found that the right branch of the vagus nerve  (which is located in the gut) actually contacts the dopamine reward neurons in the brainstem.

This knowledge will increase the efficacy of vagal nerve stimulation therapy, a treatment that involves delivering electrical impulses to the vagus nerve, for patients suffering from emotional and eating disorders.

Another interesting discovery was made by scientists at the University of California, Berkeley, where they found that the bacteria inside our gut can create electricity. These bacteria can make as much electricity as other already known electrogenic bacteria that live outside our bodies. The only reason we have so far for bacteria to create electricity is to remove electrons produced during metabolism and to support energy production.

Just like the heart, the gut is also known to be an important sensitive area, in which information from the outside world is received and interpreted. Many call this intuition, and I partially agree, because the information is being processed unconsciously, but more scientific evidence about this is necessary.

So far, we have discussed the main foundations regarding bioelectromagnetism. The key points in this post are the following:

This is the second of a series of posts.

The Human Electromagnetic Field – I