ENTANGLED PHOTONS – THE LINK BETWEEN INTENTION AND MATTER

Nowadays it's still matter of debate if there exist any relationship between objects that transcend the ordinary constraints of space and time. Even some scientists believe that certain subjects are still not worth studying, accepting a mechanistic version of reality.

Quantum theory has proved otherwise, and phenomenons like entanglement and wave-like functions are the door through which the scientists that dare look into those subjects are passing through. Where could this lead if not to a better understanding of reality and ourselves?

At the Consciousness post is described the Global Consciousness Project, which focuses on the emotional link between mind and matter. And the Entangled Photons study is designed to explore interactions between mental intention and matter. 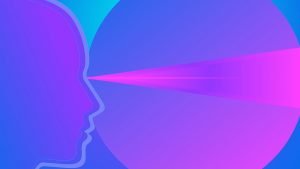 Entangled Photons is another scientific approach to explore mind-matter interactions, more straight-forward in some ways. Specifically, it analyzes interactions between mental intention and entangled photons, therefore its name. The same Dean Radin, chief scientist at IONS, is constantly reading reviews and considering improvements along the way, so the more data collected improves statistical reliability.

It is quite easy to participate, you just need to alternate between two states: concentration and relaxation, and each session takes 15 minutes. It is possible and recommended to repeat as many times as anyone wants. You may find this experiment to be an interesting way to explore how your mind interacts with the physical world. And your participation will help to learn more about the nature of mind-matter interactions.