To understand the mechanisms of effect of healing energies, it is key to at least try to grasp what consciousness is about. This is why its important to present a consciousness overview, because this subject is as mysterious as essential to understanding reality and who we are. Even though this might be the most complex subject we know of, scientists and humanity won’t stop questioning, analyzing and experimenting over the nature and properties of consciousness. This article is just a starter on this area, and presents an overview of the phenomenon of consciousness.

I personally believe that the mysteries of the conscious phenomena can be unlocked, but we are focusing too much on science when I think we need to evolve spiritually in order to grasp it. Consciousness is also a collective field. And this field still has ground to improve in order to thrive and accept new paradigms and realities. Too much science and not so much awareness. We need more healing, more meditation, more resilience, more humanity and more courage against evil and injustice.

IS REALITY AN ILLUSION?

Plato told us that we are merely interpreting shadows at a wall inside a cave. A couple of thousand years later, a modern philosopher as Daniel Dennet agrees that consciousness is an illusion.

There are many scientific theories that support this idea and only differ on the nature of the illusion. So many scientists believe that our ordinary reality is just what we can perceive, and this doesn’t mean that there is nothing more. All the contrary.

Quantum theories study particles, dimensions, and stuff far beyond our level of understanding. Even more amazingly, Saul-Paul Sirag’s adaptation of the Unifield Field Quantum Theory implies that this universe, or this ordinary reality we perceive, is just a substructure of a bigger universe, and at the same time, our universe holds inside another subuniverse; which exactly fits with the mystical hermetic quote: As Above, so Below.

(Note: it is a little bit more complex than that, as every Universe holds their own physical laws, but also existing connections and patterns between Universes).

But, isn’t it weird that until today there is still no scientific consensus about the properties of consciousness? Most amazingly, there isn’t even a proper definition of it. Neuroscience textbooks contain huge loads of information but it is common that this vital subject is neglected in most of them. A perfect example is this Encyclopedia of Neurological Sciences, with more than 4.000 pages of information, that when defining Consciousness it gives an extremely brief concept or apology of lack of it. 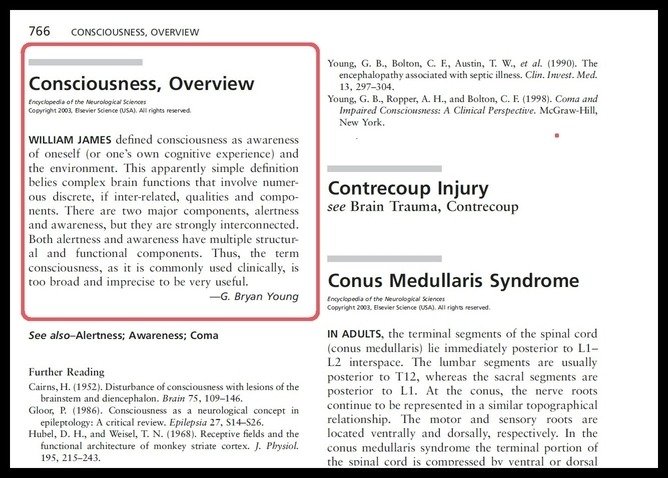 SEARCHING FOR A CONSENSUS AMONG SCIENTISTS

Francis Crick (British molecular biologist, biophysicist, and neuroscientist) teamed up with James Watson and together they made one of the biggest scientific breakthroughs of the last century: determine the molecular structure of nucleic acids; which is why in 1962 they were awarded the Nobel Prize in Physiology and Medicine.

After that, he was still being an active player in the development of genetic knowledge, but he made a slow transition from molecular biology towards neuroscience, being all-into it in the 80’s. In his autobiographical book, he includes a description of why he left molecular biology and switched to neuroscience:

So, evidently, Crick hoped he might aid progress in neuroscience by promoting constructive interactions between specialists from the many different subdisciplines concerned with consciousness, as he realized the huge spaces between them.

But that is not the main problem regarding consciousness. 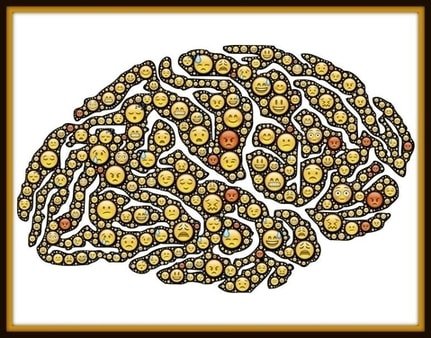 THE HARD PROBLEM OF CONSCIOUSNESS

David Chalmers, an Australian philosopher and cognitive scientist, is one of the leading voices on this subject for a long time. He also is the Director of the Centre of Consciousness at the Australian National University and developed what is commonly known as the Hard Problem of Consciousness. He states that several of the brain functions related to consciousness can be explained, such as wakefulness, behavior, integration of information, mental states, attention, etc. And with enough research, they can be explained even with just Neuroscience and Neurobiology. These are referred as the Easy Problems.

But the most difficult one is the problem of explaining how and why we have phenomenal experiences, the state of experience, or using different words:

Why do determinate systems are subjects of experience?

Why do sensations acquire characteristics and evoke emotions?

Why does awareness of sensory information exist at all?

Why aren’t we philosophical zombies?

Why do we wander, wonder and daydream?

Not being able to answer this questions hugely limits what we know about ourselves.

Realizing that there are just so many theories regarding the conscious phenomenon, it seems important to start integrating and linking the discoveries of different scientific areas.

Integration among different areas is necessary. This is why the effort being made by David Chalmers and Stuart Hammeroff is priceless. The Science of Consciousness (TSC) is the world’s largest and longest-running interdisciplinary conference on all aspects of the nature of conscious awareness, feelings and existence (including neuroscience, philosophy, psychology, biology, quantum physics, meditation and altered states, machine consciousness, culture and experiential phenomenology and contemplative approaches). TSC began in 1994 at the University of Arizona in Tucson, Arizona, and returns to Tucson in even-numbered years, alternating with TSC conferences around the globe.