The biofield is the subtle bubble that every living being has around itself, and its components are still being unveiled. It’s a bubble that goes beyond our skin, like the magnetic field of any magnet. The most obvious element of the biofield is the electromagnetic factor, which is the easiest to measure. The rest are sneaky elements to which modern technology is catching up in order to have trustable measurements. In this post we will explore concept of biofield according to the top experts on the subject.

This is why the interpretation of the biofield is an evolving concept, also because the health sciences have postponed it for a while. As Igor Jerman states: In physics, the inclusive concept of the field was used centuries ago with a great scientific profit, while in the life sciences we are still waiting for a similar universally acceptable term.

Nevertheless, biofield studies are on the rise, and in this article I compile some biofield definitions, brought by scientific referents on this area, like Dr. Shamini Jain. 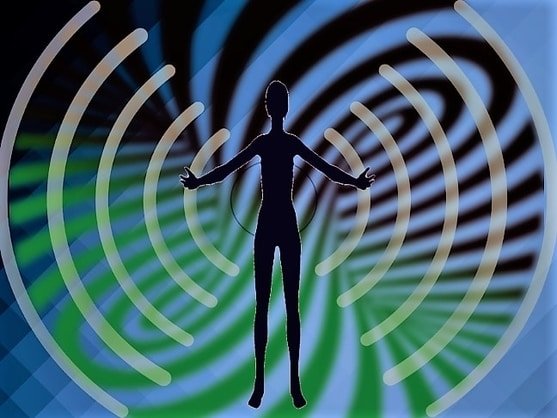 This committee coined the term biofield with the following description: a massless field, not necessarily electromagnetic, that surrounds and permeates living bodies and affects the body. Possibly related to Qi.

Personally, I like the fact that they related the biofield to what Oriental health systems know as Qi (also Chi, or Prana), which can be considered as a first step towards the integration between Eastern and Western medical knowledge.

Dr. Beverly Rubik was among those practitioners and researchers in the committee of 1992. Her knowledge and expertise in the area is very valuable.

Dr. Rubik’s contribution added a new set of properties to the biofield (self-organization and bioregulation) that have a direct link to general well-being and health.

Dr. Shamini Jain is the Founder and Director of the Consciousness and Healing Initiative (CHI), and a big referent when it comes to the scientific analysis and publication of Biofield-related subjects.

I will present a couple of definitions that come from 2 different articles, both from 2015. In the first of them, Dr. Jain describes the biofield as a field of energy and information, both putative and subtle, that regulates the homeodynamic function of living organisms and may play a substantial role in understanding and guiding health processes.

Meanwhile, in the other article, she expands the definition given by the NIH and adds the following characteristics: an endogenously generated field, which may play a significant role in information transfer processes that contribute to an individual’s state of mental, emotional, physical, and spiritual wellbeing.

Take into consideration that both articles have different collaborators, some of the colleagues in the first article are Dr. David Muesham and Dr. Deepak Chopra; and some colleagues on the second, are Dr. Richard Hammerschlag, who has a key role inside the CHI, and Cassandra Vieten (President of the Institute of Noetic Sciences). Therefore the definitions should be considered as different collective engagements, with different perspectives.

It’s interesting how these definitions imply that the electromagnetic field might be only a part of the whole biofield, setting a clear evolution on the concept. Among these two interpretations is the sentence that I love most from this whole article, which is: the biofield regulates the homeodynamic function of living organisms. This single sentence is precise, simple and incredibly elegant.

I feel the need to include a brief parenthesis for the term homeodynamic, and the Free Medical Dictionary defines it as the constantly changing interrelatedness of body components while an overall equilibrium is maintained. If you want to read more about homeodynamics, click here.

Also in 2015, Dr. Muesham published An Overview of Biofield Devices, where he and his colleagues give the following perception of what is a biofield: an organizing principle for the dynamic information flow that regulates biological function and homeostasis.

This interpretation is accurate and uncomplicated, and Dr. Muesham and colleagues elaborate this concept to the point of implying that when biofields interact, it occurs a combination of electromagnetic forces and quantum fields, which affect biological activity.

These other forces are non-classic electromagnetic fields, whose main contributors are Fröhlich and Popp, and will be discussed in upcoming articles.

The first consensual and official premise of the biofield didn’t establish a direct relationship to any electromagnetic force. Afterward, the electromagnetic human field was determined as a primordial part of it, and the latest definitions also include other forces and fields, like non-classical electromagnetic fields and the very important inclusion of quantum fields.

Updating this knowledge has taken us up to the point that nowadays the biofield is strongly related to homeodynamics and information transfer processes, which ultimately determine well-being.

Sooner or later, we will end up saying to each other: so, how is your biofield today?