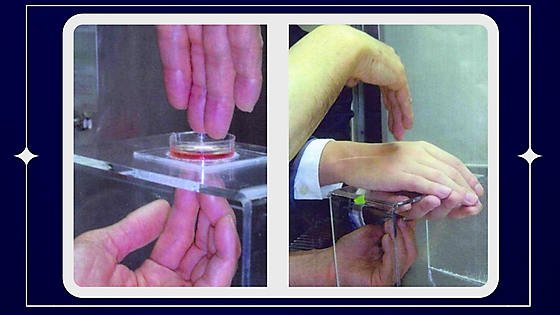 In 2012 seven top-notch biofield scientists reunited in a Symposium which was part of the International Research Congress on Integrative Medicine and Health in Portland, Oregon. They discussed the present and future of biofield research. Among these scientists were Shamini Jain, Founder and Director of the Consciousness and Healing Initiative; Richard Hammerschlag, Director of Research for the Consciousness and Healing Initiative; and also James Oschman, author of the book Energy Medicine and whose work is largely mentioned at the Living Matrix post.

On this post will be reviewed the reasons and findings of studying Reiki and biofield therapies on different models other than human.

Reasons and virtues of non-human models

To understand the mechanisms of effect of Reiki or the biofield physiology, it must undergo a process of precise control of external factors. It is important to understand that elucidation of mechanisms requires initial preclinical work (this means excluding humans from studies).

This work has been focused on mouse models and cell culture models. Mouse models evade two cornerstone aspects of the integral process of healing: expectation and belief, therefore controlling a little bit more the pure effectiveness of the practitioner. Cell culture models even go further and are unaffected by psychosocial factors. Both models are laying the foundations of the biofield physiology.

Growth Inhibition of Cultured Human Liver Carcinoma Cells by Ki-energy (Life-energy): Scientific Evidence for Ki-effects on Cancer Cells. Click on the image to go to the article.

SO FAR THE RESULTS ARE SUGGESTIVE AND PROMISING

We must remember that obtaining evidence from biofield therapies is extremely complex, but these scientists are doing their best to accomplish reliable conclusions. Some of the studies realized by these scientists have gotten the following results:

Ann Baldwin found that 15 minutes of noncontact Reiki prior to a stress response significantly reduced the amount of mast cell degranulation as well as the extent of microvasculature leakage. Rats given sham Reiki showed no significant reduction in either stress-related biomarker.

Gloria Gronowicz has elaborated a precise Therapeutic Touch protocol, having found on a first study how osteosarcoma cells diminish their metabolism and protein and bone formation, and in a posterior study found that TT significantly decreased the levels of macrophage to almost normal (macrophages are metastasis promotors). There was also a reduction of several cancer serum markers.

Garret Yount has been analyzing the effect of a QiGong practitioner on cancer cell cultures (in this case glioblastoma cells), and his findings show an increased cell death rate of cancer cells compared to no treatment.

You can download the Symposium article directly by clicking here.

PLUG INTO NEXT-LEVEL SELF CARE